Implementation of RTI laws not ideal in Pakistan 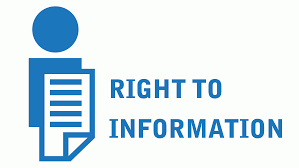 The government has formed Federal Information Commission in November 2018 but despite passage of almost seven months, the commission has neither any office nor has any support staff. Federal Information Commissioner Zahid Abdullah, however, believes the commission will commence its formal functions from July 2019 as the government has allocated budget for the upcoming fiscal year.

According to the data obtained from Centre for Peace and Development Initiatives (CPDI), citizens and journalists have filed 2,635 information requests from 2015 to 2019 to various government departments by using the Right to Information (RTI) laws. However, only 788 (29 percent of the total) requests have been responded by the government departments. The remaining RTI requests have received no response yet.

Similarly, the data further shows that 1,778 requests have been filed in last five years by the citizens and journalists using the Punjab Transparency and Right to Information Act 2013 and only 540 have been responded. The remaining 1,229 were not answered by the authorities concerned.

A total of 100 RTI requests were filed by using the Sindh Transparency and RTI Act 2019. Interestingly not a single request was answered by the provincial government of Sindh.

In Balochistan, citizens and journalists have filed 62 RTI requests using the Balochistan Freedom of Information Act 2005. However, none of them was responded by the provincial government.

The data further shows that 113 information requests were filed to various departments of federal government using the Freedom of Information Ordinance 2002 out of which 18 were responded. The remaining 95 have not been answered by the authorities concerned.

When asked whether powerful institutions will implement the Commission’s decision, Zahid said the Commission derives the power from Constitution and the law and it will ensure the implementation of its decisions.

“In the era of fake news, it is essential that we promote the culture of certified and verified information. I would suggest that the journalists should use the Right to Information laws for their investigative reporting, as this will be a great source of information for them. The use of RTI will also counter the fake news factor”, commented Zahid Abdullah.

“The Commission will run advocacy and awareness campaign with the collaboration of civil society organisations to promote the use of RTI laws in Pakistan. People should exercise the power of question and make the government authorities answerable. The RTI law is a great tool for them to exercise their right to ask questions”, commented Zahid.