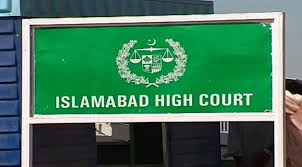 ISLAMABAD: The Islamabad High Court (IHC) Wednesday withdrew the show cause notices served to the TV anchors and local TV owner in the case related to the implementation of Ramzan guidelines.

Justice Shaukat Aziz Siddiqui of IHC heard the case related to the ‘lottery and entertainment’ TV shows during the holy month of Ramadan.

The court expressed satisfaction with the statements of TV anchor Sahar Lodhi, Nabeel Ahmed and Bol TV owner Shoaib Sheikh and withdrew its show cause notices for them.

During the proceeding, the counsel for Nabeel contended that the Pakistan Electronic Media Regulatory Authority (PEMRA) had permitted to conduct entertainment programmes after 9 pm.

Justice Siddiqui remarked everyone was busy in making money and said what would happen if the rating of TV channels went down.

The judge remarked that Sahar Lodhi should be ashamed of running such morning shows.

Sahar Lodhi said that he had stopped the morning shows since first of Ramzan. He said on court directives they have called PhD scholar for their programmes.

However, the counsel for PEMRA said no TV channel could conduct lottery shows during Ramadan.

The judge said the court was withdrawing show cause notices after the TV anchors were admitting their mistake. However, the court sent the matter of Dr Aamer Liaqat to PEMRA after withdrawing its notice.

The court adjourned the hearing of the case till May 30.