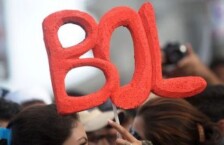 The court also ordered the respondents named in a petition filed by the BOL network workers and the Rawalpindi-Islamabad Union of Journalists to take a decision on the employees’ request for the release of salary within a fortnight and disposed of the petition.

The petition said the management of the BOL TV introduced by Shoaib Sheikh in 2013 and formally launched in 2015 had hired journalists and media workers on different positions and packages. They have not received any salary since the arrest of Shoaib Sheikh by the FIA in May this year in connection with a fake degree-awarding scandal.

It said that when criminal cases were registered by the FIA against Mr Sheikh, his bank accounts as well as those of BOL network were frozen. The information ministry suspended the channel’s licence and payment of salary of the employees was stopped.

The petition said that the employees had been raising their demand at different forums, individually as well as jointly, for the release of their salary. It requested the court to direct the respondents to adopt an appropriate legal recourse to unfreeze the bank accounts of Shoaib Sheikh and BOL network in the interest of justice.