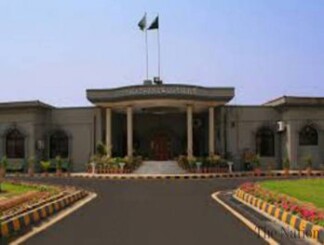 ISLAMABAD: The Islamabad High Court (IHC) Thursday directed both the parties to submit their written reply in a petition challenging the appointment of acting chairman PEMRA Pervez Rathore.

A single bench of IHC comprising Justice Noor-ul-Haq N Qureshi conducted the hearing of the petition moved by Israr Abbasi who had prayed to the court to declare Rathore’s appointment as null and void.

Previously, a single bench of IHC had suspended the appointment notification of Pervez Rathore on July 15. Later, the Supreme Court had overturned high these orders and restored Rathore.

The petitioner maintained in the petition that Rathore’s appointment was in violation of Pemra regulations.

During the hearing, the court directed both the parties to submit their written arguments on next date of hearing and deferred the proceeding in this matter till November 28.

Besides, the court also deferred till November 28 the proceeding of a petition filed against the removal of former chairman Pemra Chaudhry Rashid Ahmed who was sacked from the post by the incumbent government on December 15, 2013.