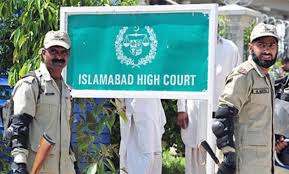 ISLAMABAD: The Islam­­abad High Court on Tuesday formed a five-member commission to probe whether two sisters belonging to a Hindu family of Ghotki had converted to Islam under coercion or of their own volition and whether or not they were underage at the time of their marriage with Muslim men.

The commission, after meeting the petitioners and other persons concerned, will record its opinion by submitting an interim report before the next date is fixed, inter alia, highlighting whether the two petitioner sisters are free from any pressure whatsoever and that their statements were not given as a result of some undue influence.

The commission will further probe the impression of alleged forced conversion in the Sukkur division and insecurity, if any, on the part of minorities and submit a report, preferably within four weeks.

The petition, filed by the two girls and the two men they were married to, had sought protection against possible adverse action by the government. It stated that the girls left their home on March 20. On March 22, after announcing that they had willingly converted, the girls sought legal help.

According to the petition, the two girls were born in a Hindu family and converted because they were “impressed by Islamic teachings”. It claimed that they did not inform their family because of threats to their lives.

IHC Chief Justice Athar Minallah on Tuesday ordered that a medical board be constituted to determine the age of the girls.

A medical report prepared by the Pakistan Institute of Medical Sciences (Pims), based on a bone test of the two girls, stated that they were not minors at the time of their marriage to the Muslim men.

The Pims report was dismissed by the family of the two girls as well as Pakistan Muslim League-Nawaz MNA Dr Darshan, who belongs to the Hindu community. Dr Darshan said that only an independent medical board could determine the age of the girls.

Justice Minallah stated that he had received a report prepared by Human Rights Minister Dr Shireen Mazari and, while appreciating her efforts, observed that as per the findings of the report, the matter in hand should be dealt with the utmost care.

During the hearing on Tuesday, the court expressed displeasure over what it called “lethargic attitude” of the federal and provincial governments. It said that neither the interior secretary nor the chief secretary of Sindh had appeared before the IHC despite prior notices. The interior secretary has not submitted a report in compliance with the court directive.

On behalf of the Sindh government, Sukkur division commissioner Rafique Ahmed Buriro appeared before the court. He submitted a report signed by the Sindh chief secretary. The report has been made part of the record. The report has been perused but it has not been found to be satisfactory. Mr Buriro could not give a satisfactory explanation as to why the impression of alleged conversion and marriage of minors was restricted to his area of jurisdiction. He could also not explain as to why the Sindh government had not taken effective steps to dispel this impression.

Likewise, the response of the federal government was also not what was expected. Advocates Umair Baloch and Chaudhry Khanzada argued that the conversion of the girls was not a result of any coercion, but they embraced Islam under their free will.

When Chief Justice Minallah remarked that it was necessary to form a four-member commission comprising the already notified amici curiae, both Mr Baloch and Mr Khanzada requested that the name of Mufti Taqi Usmani might be added to the commission. Subsequently, the court notified the commission comprising five members and asked it to probe the matter in a transparent and unbiased manner.

On the request of Gulbaz Mushtaq, the counsel for the girls’ father, Justice Minallah ordered constitution of a medical board comprising specialists of Pims for determination of age and mental status of the girls and sought its report at the next hearing on April 11.

The Nation ”Commission to probe girls’ forced conversion to Islam”