KARACHI: The iconic drama serial Humsafar was rejected by two television channels. When I read the script I felt the story and thought the public would feel it too.

This was said by renowned young TV producer and writer Momina Duraid during the first DAWN talks series programme organised by the Dawn Media Group at the Indus Valley School on Tuesday.

Introducing Momina to the audience, journalist Madeeha Syed said the production house that she ran mostly catered to female audiences. Her first question was about the producer’s transition from a banker to the field of television. Momina said she had never thought of entering show business. It all began when she got married into a media family. Her mother-in-law, Sultana Siddiqui, was working as a producer for PTV. With the passage of time she started helping Sultana in productions, initially looking at her finances. She had never thought she’d be one day looking after the creative side to television production, despite the fact that she’s an avid reader of books. At the time a certain brand wanted to do a production. Being an MBA, she knew how to talk to the brand.

Momina said things rolled from there and during a project, Qismat ke sitare, she met writer Noorul Huda Shah. She didn’t know that Noor was a big name; she started to point flaws in her script. “My mother-in-law tried to stop me but Noor Apa had a smile on her face,” she recalled and admitted that it was from Noor that she learnt the art of script writing. However, she iterated, “my mother-in-law is my mentor.”

Giving details as to how she got into the whole business, Momina said her husband wanted to open a channel. His mother supported him a lot in his effort and moved with him into the channel. The question came that who would do the productions to which she (Momina) said “I will”. That’s how she began talking part in the process of drama production. The first drama project that she did as an independent producer was Merey paas paas written by Samira Fazal. It instantly became a hit. But the project that changed her as a person was Dastaan based on partition stories. For that she met (the late) writer Razia Butt, and once she got her approval she made the drama with “a lot of heart”.

Momina said though she’d been called a feminist she believed that just like behind every successful man there’s was a woman, behind every successful woman there’s a man. She acknowledged her husband’s support in her journey and said in her plays she not only showed supportive women but supportive men as well. Responding to a similar question about getting out of her mother-in-law’s shadow, she said she was a lucky woman that her mother-in-law was like a friend to her.

The discussion then focused on her play Rihaee that touched upon the sensitive subject of underage marriages. Momina told her host how she felt for the project and what kind of reactions she had to face after it was aired.

On the topic of Humsafar, Momina said in the beginning she was in talks with writer Farhat Ishtiaq for some other story. By chance she read the story of Humsafar and liked it. Farhat told her that the story had already been rejected by two channels, so it was not a good idea to go with it. Momina thought if she was able to feel the story, the public could feel it too and, therefore, decided to make the play. Surprisingly, she added, no one involved in Humsafar (director, actors, etc) had worked with one another before. 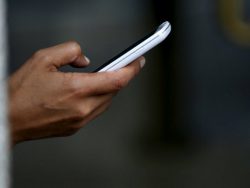 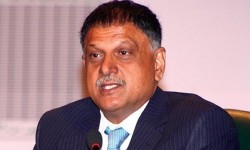 Masood Hamid to be laid to rest today

Irfan Malik: requiem for an idealist 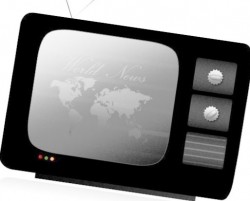