LAC Executive Director Atta Muhammad Khan told Dawn that a big screen would also be installed on the lawn where the video album would be screened along with the hall.

A number of personalities are expected on the occasion.

HumeraArshad told this reporter that she had recorded four videos, two Na’ats, a Hamad and a Ramazan Salam. She said videos had been directed by AyazChohan and Sohaib Roy. “The poets are SajjadHaider, MohsinNaqvi, Nasir Ali and Saji Ali.”

Sarmad Khoosat: ‘I want my film to disturb people’ 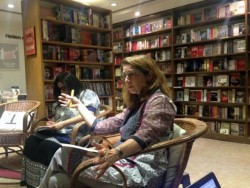