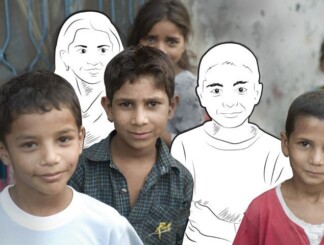 ISLAMABAD: Describing the Zainab Alert, Response and Recovery Bill 2019 as vague, a parliamentary body on Wednesday asked the Ministry of Human Rights to make the bill simple.

The committee also asked the ministry to incorporate its recommendations in the bill.

Once the bill is passed by the parliament, it will pave the way for setting up Zainab Alert, Response and Recovery Agency (ZARRA), where child missing case will be reported and it will generate an automatic alert.

The bill will also introduce response and recovery mechanism of missing children to prevent incidents like murder of Zainab, a nine-year old from Kasur.

The Subcommittee of the National Assembly on Human Rights, which met here to discuss the draft bill, was informed that although the subject of minors had been transferred to the provinces after the 18th Amendment, the federal government had taken a number of steps for the protection of minors at the federal level such as drafting the bill.

However, during the meeting members felt that the draft bill needed more clarity.

“We do not want to name the bill specifically after one child and it should simply be titled child alert bill. Then there is also a problem with the definition of the word ‘alert’, which is not clearly defined. Besides, missing child is not properly addressed, even rape is not properly defined,” said chairperson of the subcommittee MNA Dr Mahreen Razzaq Bhutto, who asked the ministry to make the bill simple.

The committee also recommended that instead of reporting a missing child to five or six different departments, the government should introduce a one-window facility where a missing child case can be reported.

“A person in distress cannot go to different offices to report a missing child,” the chairperson asserted.

The committee also took up ‘The ICT Rights of Persons with Disabilities Bill’ and invited opinions from the stakeholders.

Zulqarnain Asghar, representing the 15.4pc of the challenged persons, sought not only right to vote but also the right to candidature in the electoral process.

“We also want quota in jobs and implementation of our rights,” Zulqarnain Asghar said.

Atif Sheikh, also speaking on behalf of challenged persons, said that such persons should be exempted from providing a disability certificate for Computerised National Identity Cards (CNICs).

“Persons with disabilities do not need a certificate and this condition should be done away with,” Atif Sheikh said.

The meeting was also asked that the word disabilities was derogatory and should not be used in legal documents, as directed by the Lahore High Court.

Members agreed to some of the recommendations from the stakeholders and decided to take up the matter again on Thursday when it meets.