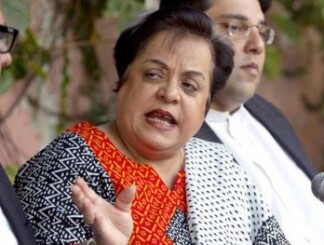 Pakistan’s human rights record is not heartening. One would have thought that a political party with justice as its raison d’être would try and take the issue of human rights seriously. However, the evidence thus far does not give much ground for enthusiasm.

Instead of continuing to pay lip service or evading human rights obligations, the posture of the PTI towards these issues has poised to go on the offensive. Take, for instance, the recent interactions between our Ministry for Human Rights and the well-known human rights organisation Human Rights Watch (HRW).

It is not uncommon for international human rights monitoring organisations to write letters to the heads of state of the signatory nations after they resume office, asking them to address relevant human rights concerns, which is what HRW recently did when the PTI government took power.

The letter called for greater freedom of expression and religion. It condemned the lack of effective actions to prevent violence against women. It expressed concern about counter-terrorism abuses by the Pakistani state. It called for restoring our cessation on the death penalty, among other issues. It would be a challenge for any new government to come in and promptly achieve all these aspirational goals.

Our human rights ministry did respond to the HRW’s letter to the prime minister. In this response, the ministry could have highlighted steps which the government intends to take to comply with human rights obligations. It could have elaborated on its ongoing effort to formulate effective legislation to address anti-torture and custodial death, the rights of people with disabilities, and to empower women, by emphasising the need for women’s ownership of land. Yet, its official response letter addressed to HRW seems more like a rebuttal. In it, our new human rights minister chose to instead assert that Pakistan is well aware of its human rights obligations, and that it would not be subjected to any external pressure by entities which have ‘selective’ oversight agendas.

There is some validity in questioning selective oversight of human rights conditions. There is ample evidence of powerful Western countries selectively acknowledging international human rights norms, or focusing on human rights issues in other countries. However, the aforementioned blunt response to HRW was misdirected.

Perhaps our human rights ministry is not familiar with HRW’s global work. Otherwise, it would not have tried to chastise HRW for its failure to focus on human rights violations in Kashmir and Palestine. In fact, HRW does not only highlight human rights abuses in Kashmir and Palestine, it does so within Saudi Arabia and China. HRW also focuses on powerful Western countries like Canada, Australia and the US. It has taken several Western countries to task by pointing out longstanding human rights abuses of indigenous peoples. It was thus not fair, or accurate, for our ministry of human rights to try and turn attention away from its own challenges, by adopting such a confrontational posture and challenging the legitimacy of a well-known international human rights organisation.

A similar deflective strategy was also evident during our human rights ministry’s interaction with a senior EU delegation in Islamabad. Our new human rights minister was vocal in raising concerns about the rights of Muslim minorities in European states, while simultaneously asserting that minorities in Pakistan enjoy complete freedom. How our minister could make such a bold claim is unfathomable. That too on the heels of a high-profile economist’s dismissal.

One does not aim to minimise the rising Islamophobia being experienced by Muslims in the West. Yet, our human rights ministry is hardly in any position to lecture other countries, while it shows little resolve to confront the serious abuses confronting our own minorities, which thus far remain unchecked in naya Pakistan.