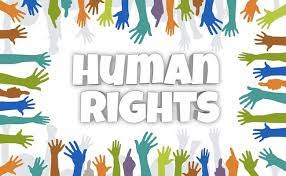 THE human rights situation in Pakistan, almost predictably bleak every year, was deeply impacted in 2020 by an unprecedented factor — the Covid-19 pandemic. While the contagion has affected all segments of society, it has exacerbated existing socioeconomic inequalities. No ‘great equaliser’, this global crisis has dealt a cruel blow to already disadvantaged sections of society. The recently launched annual report of the Human Rights Commission of Pakistan takes into account the ways in which the pandemic led to many of the gains in health and education of the previous decades being rolled back as the economy tanked and people — especially factory workers and private employees — lost their jobs. People suffering from health conditions other than Covid-19 found it difficult to access medical help; and tens of millions of children missed both polio and routine immunisations last year.

The nationwide lockdown in March 2020, though necessary, led to widespread misery among daily-wage labourers and the poorest households. However, the HRCP report notes that the government’s provision of monetary relief through the Ehsaas and BISP programmes mitigated its effects for a number of people. The closure of schools and the extremely patchy switchover to online education left a vast swathe of children unable to continue classes due to absent or unreliable internet coverage. This loss of an entire school year will have long-term consequences for literacy levels, especially where girls’ education is concerned. Meanwhile, the pandemic — with ‘work from home’ directives and curtailed freedom of movement — also threw together victims and perpetrators of domestic violence and sexual abuse in close proximity for extended periods of time, leading to a spike in these crimes. Crammed into overcrowded prisons that are ripe for the spread of disease, prisoners got no relief from the highest court in the land that stayed high court orders to release some of them on a conditional and temporary basis. At least, far fewer convicts were awarded the death penalty last year — down to 177 from 158 in 2019 — and no execution was carried out. In major respects, Pakistan continues to run counter to international conventions. Enforced disappearances remained a blot on this country’s reputation, and the government appeared no closer to criminalising the act of ‘disappearing’ people. In fact, two major national human rights institutions have been without chairpersons since 2019, which raises questions about the centre’s commitment to protecting citizens’ rights. The picture is not a heartening one.