NEW YORK: The Human Rights Watch has called upon the Sri Lankan government not to deport 142 Pakistanis seeking asylum until UN Refugee Agency (UNHCR) determines their need for international protection.

Sri Lanka’s Immigration Controller Chulananda Perera has said that the government was able to deport the detained Pakistanis because it had not given them permission to register asylum claims.

The Pakistanis were arrested in police sweeps in Sri Lanka in June this year are being detained and are at risk of deportation, the New York-based watchdog group said in a press release here.

Most are members of the Ahmadiyya minority, though the detainees also include Christians and Shias. UNHCR has not had access to the detainees, who are being held in the Boosa detention centre, although the UN refugee agency had already recognised at least six of the group as refugees.

The watchdog agency said: “Preventing asylum seekers from lodging claims in no way absolves Sri Lanka from its duty not to return them to possible persecution”. 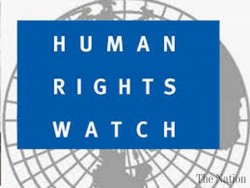 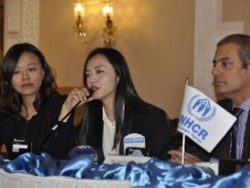