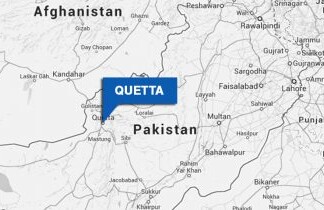 QUETTA: Former president of the Supreme Court Bar Association and prominent human rights activist Asma Jehangir has offered to voluntarily defend journalists in anti-terrorism cases filed against them in Balochistan.

The delegation was informed that anti-terrorism cases had been registered against 10 editors and journalists for publishing statements of the banned organisations. The cases were lodged on the directives of the then chief justice of the Balochistan High Court.

Balochistan Union of Journalist president Irfan Saeed, QPC’s representative Razaur Rehman and other journalists appraised the HRCP delegation about the security situation in the province and working conditions for their community.

“We are pressurised by the government and armed groups to follow their lines,” the journalists’ representatives told the delegation.

Ms Jehangir expressed concern over registration of anti-terrorism cases against journalists and editors.