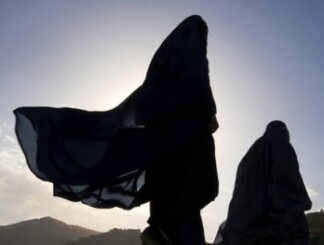 LAHORE: The Human Rights Commission of Pakistan (HRCP) on Monday hoped that the Supreme Court would look at all aspects of the Asia Bibi case.

Last week, the Lahore High Court turned down an appeal against her conviction by a trial court on blasphemy charges.

In a statement, the HRCP said, “The outcome of Asia Bibi’s appeal has upset a large number of people and all eyes are now on the Supreme Court. While the commission is of the opinion that every effort should be made not to interfere with the judicial proceedings by making any comment, the fallout of the case cannot be ignored.”

“Pakistan is in a difficult situation because the blasphemy law and the manner in which it is implemented have not been subjected to due scrutiny. While we continue to expect that the judiciary of Pakistan will not fail the hopes for justice of a poor woman, the essential task lies with the lawmakers and ulema. For if they do not realise the impact that this law is having on the thinking of the people and in fuelling intolerance in Pakistan we will face even greater difficulties.”

“The commission also hopes that when the Supreme Court considers the case, it would be spared the sort of intimidating crowds that had assembled in and around courtrooms during the trial and appellate stages.”

“While HRCP remains confident that in dealing with the case the Supreme Court will look at all aspects of the matter and examine all aspects the case in accordance with the strictest standard of proof, it is acutely aware of the fact that the problem is not confined to Asia Bibi’s case and will not be addressed until the government and the people are able to sit down to consider the impact of the law without the fear that has prevented any discussion of this law ever since it was made.”