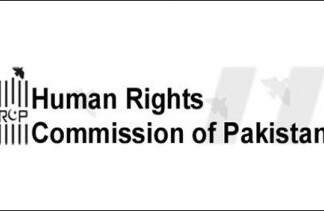 LAHORE: The Human Rights Commission of Pakistan has voiced concern at what it called the absence of clarity and direction in dealing with pressing crises confronting the state.

In a statement issued at the conclusion of its autumn meeting on Sunday, the HRCP executive body said: “The Executive Council of Human Rights Commission of Pakistan (HRCP) expresses serious concern at lack of clarity and direction in dealing with the multidimensional crisis confronting the state.

The keenness to talk with the terrorists at any cost will be counterproductive. With every day that the terms for these talks remain invisible the people’s anxiety grows that concession to the terrorists would come at the cost of their rights and even the tenuous writ of the state in areas controlled by the terrorists would disappear. Also evaporating are expectations that the state would be able to regain the ability to discharge its responsibilities to the citizens in the conflict-hit parts.

HRCP is opposed to drone attacks anywhere in the world, but this alone is not the root cause of terrorism in Pakistan and overemphasis on it by policymakers is distorting the perspective. The fact remains that Pakistanis are being killed in drone attacks and many more are being killed in cold blood, often in gruesome manner, by the militants and that is not being seriously addressed by the political leadership.

There is a need to keep the broad situation in focus. HRCP believes that all the ills afflicting Pakistan stem from lack of a measured response to the militancy.

Changes in the law: The changes being considered in the law, particularly the amendments to the Anti-Terrorism Act (ATA), have led to serious concern that they would undermine fundamental rights. Electronically gathered data means that there would be surveillance, bugging and threat to the right to privacy. There is also the risk of the record being tampered.

The discourse on these changes must not be closed to the people. The decision must be made in a transparent and inclusive manner. The government must not yield to the temptation to take extrajudicial or unlawful measures to control lawlessness and must not compromise human rights in the quest for security.

The Commission urges the government to sign and ratify the International Convention for the Protection of All Persons from Enforced Disappearance.

Cost of living: The escalating cost of living is depleting the people’s ability to access basic rights, including health, education and food. They have been particularly hit hard by the rise in power tariff and inflation. It is vital that the wages must be raised forthwith, otherwise poverty would lead to surge in crime, more suicides and mental illness.

Governance: The people of Pakistan have made great sacrifices for democracy and deserve better governance. That the parliament is not playing its role is becoming more apparent by the day. This trend must be reversed. It is hoped that the federal and some provincial governments would be able to set aside their differences and pull together to get out of the quagmire.

Election process: The Council takes note of the controversy over the election process, especially on the use of ink and rechecking of fingerprints. Although the arrangement by the Election Commission left much to be desired and there were reports of manipulation by various parties, raking up this issue will belittle the whole parliament and these proceedings must not be allowed to undermine the representative character of parliament.

Corruption: Never had corruption had a greater or more direct impact on the people’s lives and in denying them what was due to them. It is high time that the government and civil society both looked at the right to good governance, which includes a regime of accountability as a basic human rights issue.

Anti-polio campaign: It is revolting that those trying to save Pakistan’s children from a crippled future are being repaid with bullets. More than 100,000 children in FATA and Khyber Pakhtunkhwa have been denied vaccination. The whole country should be up in arms against attacks on polio teams. The opponents of a healthy future for our children should be exposed and the children protected through a multi-pronged strategy including effective awareness campaigns. The vaccinators should be protected and honoured for their service.

Quake relief: It is now apparent that the scale of the earthquake in Balochistan that devastated Awaran is much greater than previously understood and that relief is not reaching the victims. Access to affected areas must be guaranteed.

Space for HRDs: Threats to human rights defenders (HRDs) and for HRCP and other rights organisations continue without a challenge in all parts of Pakistan. HRCP would like to remind the government again of its responsibility to ensure a safe environment for HRDs.

Conflict-hit areas: As lack of peace and security afflicts Balochistan, FATA and Khyber Pakhtunkhwa, not enough attention has been paid to the impact of conflict on people’s lives. Measures to address their plight should no longer be afterthoughts.

Media’s role: HRCP calls upon the media to exercise restraint while reporting terrorism and expects that it would continue to fulfill its responsibility to inform the people not only by breaking news but also following up.

Minorities: The violence against religious minorities in Pakistan is touching new highs amid apathy towards their plight and rapidly contracting space for non-Muslims. Proactive and preemptive steps to stem the deterioration are not visible. A well-directed effort to mitigate their suffering is direly needed.” 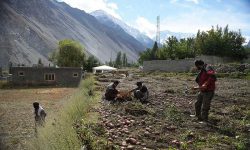