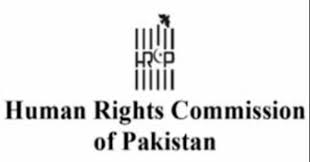 LAHORE: The general body of the Human Rights Commission of Pakistan (HRCP) has called on the state to improve its human rights record, particularly protect freedom of expression and ensure that charges of sedition and terrorism and the practice of enforced disappearances are not used to stamp out dissent.

At the conclusion of its 34th annual general meeting, the commission demanded the state fulfil its moral obligation to treat both access to affordable healthcare and social security as fundamental rights. It also urged the government to appoint a new chairperson to the National Commission for Human Rights and ensure it becomes fully functional and financially independent.

Among other issues raised in a resolution passed at the meeting, the HRCP expressed strong concern over the rise in wanton violence against children, women and transgender persons, as well as the surge in blasphemy cases against the Shia community. The commission, which is following the Arzoo Raja case closely, demanded that forced conversions be stopped immediately. It also expressed alarm at the continual persecution of the Ahmadiyya community.

The commission condemned the deaths of two farmers following a protest in Lahore, and demanded the state take practical steps to improve working conditions in mines in Baluchistan and Khyber Pakhtunkhwa.

It strongly criticized the federal government’s decision to acquire the islands off the coasts of Sindh and Baluchistan, adding that it would leave thousands of fisher folk jobless. It also expressed grave concern at the slow pace of reforms in the newly merged districts of KP, and reports that growing militancy has curtailed women’s mobility and access to education.

The HRCP also emphasized that the people of Gilgit-Baltistan deserve to enjoy the same rights and freedoms as accorded to other citizens under the Constitution, and called on the government to release all prisoners of conscience, including Baba Jan.