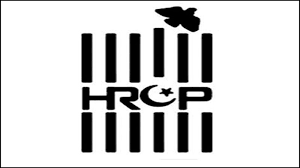 LAHORE: Four months after the disappearance of political worker and human rights defender Idris Khattak, the Human Rights Commission of Pakistan (HRCP) remains greatly concerned as to his physical and mental well being.

Allegedly, Mr Khattak was forcibly disappeared on Nov 13, 2019, by four plainclothes men on the Swabi motorway interchange in Khyber Pakhtunkhwa. Despite lobbying by the HRCP and international rights organisations such as Amnesty International and the Observatory for the Protection of Human Rights Defenders, the authorities have shown little sign of pursuing his case seriously. This is especially alarming, given that Mr Khattak suffers from diabetes and requires daily medication, says a press release.

The HRCP demands that the government take every possible measure to recover Mr Khattak safely, ensure that he has immediate access to medical attention and legal counsel, and take swift action against the perpetrators.

With 2,128 cases of enforced disappearances still pending with the Commission of Inquiry on Enforced Disappearances as of end-February 2020 (a number that HRCP believes is far lower than the actual), the government must take a firm stand against this abhorrent practice by signing and implementing the Convention for the Protection of All Persons from Enforced Disappearance.