How space for press freedom has been restricted 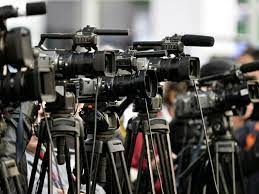 KARACHI: Legislative measures, physical attacks, online threats and trolling, government-led labelling — in the past year, the media in Pakistan worked under an increasingly restrictive environment online and continued to face physical attacks. During 2021-22, an already restricted and under press has been further repressed through legal means, fear tactics and rhetoric that undermines their credibility. Press freedom is in a dire situation.

On May 16, Pakistan Press Foundation (PPF), Karachi Press Club and the Federal Urdu University of Arts, Science & Technology (FUUAST) held a commemorative event for World Press Freedom Day. During the event, PPF launched their annual report on the status of press freedom in Pakistan as well as the Pakistan Impunity Watch, an online resource documenting attacks against the media in Pakistan and progress on investigations into them.

PPF’s annual report on attacks, legislation, rhetoric and trolling — A media under pressure found that a heavy push to legislate and increase the laws that set guidelines on content considered acceptable was coupled with the registration of cases against journalists, the continuation of the physical assault and harassment of journalists, the use of online trends and threats to journalists particularly women journalists in the past year. Instead of being supporters of press freedom, the government in power for much of the past year labeled members of the media without any credible evidence to support their allegations.

PPF has recorded at least one instance where a media professional was killed in what appeared to be a targeted attack due to his work, two abductions/kidnappings, 41 instances of physical assault, 13 detentions/arrests, 23 instances of threats being issued and seven instances where cases were registered against media professionals or they were taken to court.

A worrying trend that we have observed in recent years is picking up and temporarily abducting media professionals. These abductions are often later said to be on the basis of social media posts by the journalists. Senior journalist and columnist for daily Express Wares Raza was detained for hours on September 22 by “law enforcement agencies”. Raza said that during the time that he was detained, he was asked about his Facebook posts and columns for Express.

With the Federal Investigation Agency (FIA) in cahoots, cases have been registered against journalists and raids at their residences have also been carried out.

On Feb 16, 2022, an unauthorized raid was conducted by officials of the FIA at the house of editor and analyst Mohsen Bag in Islamabad. He was subsequently arrested but provided relief by the Islamabad High Court (IHC). This hyper active use of the state bodies to take legal action against journalists was not restricted to just the FIA.

PEMRA continued its operations, issuing directives and show-cause notices to media networks on the basis of content they published. The regulatory body appeared to be working beyond its mandate to regulate content by instead restricting entire topics from being covered by the broadcast media.

Alongside this, in 2021-22, as observed in recent years, journalists have often come under attack online. There has also been an increased focus on legislation to criminalize and regulate content as well to target journalists through cases based on their content. When these attacks are launched particularly against women journalists, they tend to launch personal attacks that result in the character assassination of the media.

Video sharing app, TikTok, was subject to constant blocks throughout 2021. On the basis of court orders, the Pakistan Telecommunication Authority (PTA) would temporarily block the app. In November, the social media application was finally restored.

Under the PTI-led government, various efforts were made to increase the criminalization of content particularly online through legislation that restricts the space for free expression. Existing legislation was made further draconian and new laws were proposed. This came in the form of a proposed super media regulator, the Pakistan Media Development Authority (PMDA) and a set of social media rules. Perhaps the most alarming development was the push to further strengthen the already draconian Pakistan Electronic Crimes Act, 2016.

On February 20, 2022, President Arif Alvin promulgated the Pakistan Electronic Crimes (Amendment) Ordinance, 2022 to amend PECA. The IHC in April declared that the ordinance and its promulgation were “unconstitutional, invalid beyond reasonable doubt” and therefore struck it down.

With court rulings overturning overreach by state bodies as well as with the successful passage of journalists’ safety legislation both nationally and at the provincial level in the Sindh province, Pakistan saw some measures to reverse course on restrictions and to address the culture of impunity that surrounds crimes against journalists.

Under the PTI-led government, journalists became the target of senior political leadership. Imran Khan, as prime minister, himself referred to journalists as mafias and blackmailers without any evidence to back such claims up. Such claims are a way of undermining the credibility of journalists and place a strong label on their heads. It is worrying to see that the country’s senior most leadership can make such unsubstantiated claims against members of the media who they disagree with or who are critical of them.

Since Khan’s ouster, the new coalition government led by the PML-N, has announced many steps they will take to address the issues of the media.

Despite PEMRA and PTA denying that they blocked the network, there have been complaints that ARY News has been under pressure since Khan’s ouster. As with Khan’s administration, it is incumbent upon the new government to ensure that media freedom is not conditional, and extends to all journalists and media professionals.