House of journalist burgled in Hayatabad 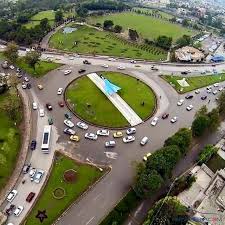 PESHAWAR: Senior journalist Faizur Rahman was deprived of precious electronic goods and watches when burglars broke into his house in Hayatabad.

Faizur Rahman, who lives in Street 3 in F-3 in Hayatabad Phase 6, reported to the police that he and his family had gone to his village in Swabi to attend a relative’s funeral and Fateha when the burglary took place in the evening of July 31. He said nobody was at the house at the time of the incident. The burglars appear to have spent time at the house as they removed the window to gain entry to the rooms, searched for precious goods and ransacked whatever came their way. They took away electronic goods and other costly household items.

The police team visited the house and started investigating the case. However, an FIR hasn’t been registered by the police. Burglaries, robberies, thefts and snatching of mobile phones have registered an increase in Hayatabad. The criminals seem to be operating with impunity. A few days ago, an incident of snatching of cell phone happened in Street 3, Sector F-1 in Hayatabad Phase 6 when a youngster returning home from the mosque after Isha’a prayers was robbed of his mobile phone by two motorcyclists. Boys belonging to the villages adjacent to Hayatabad are also involved in petty thefts. Most of them are rag-pickers. Some of them look for opportunities to steal from houses where the doors remain unlocked.