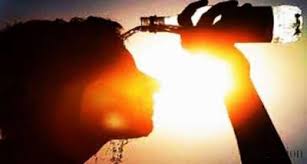 LAHORE: Met officials said a fresh westerly wave was affecting western and upper parts of the country and might persist for the next 24 hours. They predicted that mainly hot and dry weather was expected in most parts of the country, while very hot in South Punjab and Sindh.

On Tuesday, rainfall was recorded at Bannu, Parachinar and Quetta. Highest temperature was recorded at Shaheed Benazirabad and Dadu where the mercury reached 44°C while in Lahore it was 35.6°C and minimum level was 20°C.