SUKKUR: A kidnap victim, Hakim Abro, walked to freedom after what the Ghotki police claimed to be an encounter with his kidnappers in the Damdama Shah Wali area near Ubauro town.

Speaking to the media in his Mirpur Mathelo office on Monday, Ghotki SSP, Saquib Sultan, claimed that a joint team of the Sarhad and Raunti police stations cordoned off the area on a tip-off suggesting that Mr Abro was being shifted to some other place from a hideout in a specified location. He said the kidnappers were challenged but they opened fire triggering an encounter.

He said two of the kidnappers, later identified as Manak Sundarani and Noor Mohammed Sundarani, were wounded during the encounter.

They along with their ringleader, Amanullah Shaikh, were taken into custody.

Mr Abro, a resident of Shafi Mohammed village near Sarhad town who worked for a media organisation, was kidnapped some three months ago with the kidnappers demanding Rs7 million ransom, was liberated unhurt, the SSP added.

The suspects, however, told journalists that police had arrested them about a month ago and since then they had been in police custody.

Meanwhile, the Sindh police chief has announced a reward of Rs300,000 for the police team that claimed to have recovered the hostage and arrested his kidnappers. 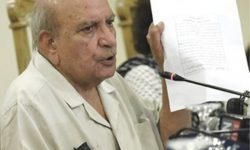