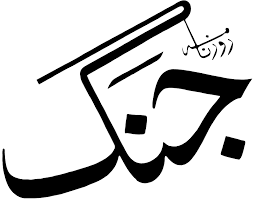 Islamabad: The ‘Jang’ Media Group organised the ‘Honehar Pakistan Quiz Competition’ for schoolchildren at the Pakistan Academy of Letters here on Thursday.

There were a series of tough quiz rounds for participants about Pakistan, the movement for its creation, literature, China-Pakistan Economic Corridor, eminent Pakistani nationals, science, history, geography, entertainment, sports, and social media. The organisers said the ‘Honehar Pakistan’ was a quiz competition for students, who had a drive to learn new things and take a break from traditional classroom learning.

They said the Jang Media Group was committed to the cause of education through the promotion of knowledge-based activities in the country in creative and innovative ways, so the ‘Honehar Pakistan Quiz Competition’ had been designed that made the process of learning fun and exciting.

The organisers said the Jang Media Group’s initiative was also meant to revive the quiz culture in schools, and test keenness or observation of students, a measure of smartness other than content.

They said there’re exciting gifts and prizes and nationwide recognition through newspapers, radio and TV for winners and runners-up, while the schools and teachers, who prepared and supporting students for the event would also be recognised at the platform.

The event for which the Jang Media Group had partnered with ‘Qarshi Jame Shireen’ and the Pakistan Quiz Society International was onboard is held countrywide. The participants also met the ‘Honehar’ mascot, who motivated them to be part of the competition and win the title of ‘Honehar Pakistan’.

The contest had two categories i.e. junior and senior and schoolchildren actively participated in both of them. The participants prepared for the competition from the Quiz Book given away to them and schools at the time of registration. The manual comprised 500-plus questions on different topics with answers.

Poet, writer and critic Dr Inamul Haq Jawaid was the chief guest of the senior category competition. The first position in the category went to Noor Fatima of Roots Millennium Peshawar, second to Rameel Ikram of Shaheen Academy Chakwal and third to Malaika Mazhar of Sir Syed Public School Rawalpindi.

Dr Nadeem Shafiq said it was heartening to see a good initiative on part of the Jang Media Group to further the cause of learning in the country. He praised the young participants of the competition for their knowledge and talents.

The secretary said the event reminded him of an intellectually stimulating PTV quiz show from the olden times, ‘Kasauti,’ in which panelists identified hidden objects or persons by asking the host a limited number of questions, and the ‘Honehar Pakistan Quiz Competition’ appeared to be a very good initiative to revive that programme.

He announced Rs5,000 cash prizes for the participants, who stood second and third in the competition, from own pocket saying he considers them to be all winners. The other speakers also appreciated the holding of the quiz contest and said it would encourage students read more and more for knowledge.

They said the reading of books and newspapers promoted critical thinking, so the youths should go for it. The speakers said Pakistani youths were very talented and could do wonders if they’re provided with guidance and opportunities.

The speakers said Pakistani youths were very talented and could do wonders if they’re provided with guidance and opportunities. At the end of the event, Dr Nadeem Shafiq gave away certificates to the judges and winners, while Jang Media Group manager (events) Imran Zaman presented the event shield to him.