‘Heirs of slain journalists to get plots’ 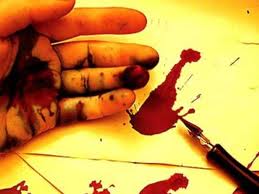 KARACHI: PPP’s central leader Owais Muzaffar has announced that plots will be given to the heirs of journalists who were killed in the line of duty in Sindh.

He was speaking at a ceremony to distribute health insurance cards among members of the Karachi Union of Journalists (KUJ) at a hotel on Tuesday night.

The KUJ has signed a memorandum of understanding with an insurance company under which cards have been issued to over 1,000 members.

Muzaffar asked the KUJ president to submit the list of martyred journalists so that the process of the distribution of plots could be expedited as per the directives of PPP Co-chairman Asif Ali Zardari and Patron-in-Chief Bilawal Bhutto Zardari.

He said the PPP had rendered many sacrifices for democracy in the country and even its founder chairman, Zulfikar Ali Bhutto, was not spared, while former prime minister Benazir Bhutto was assassinated in December 2007 following her return to the country. He also applauded the role of journalists and their struggle along with the PPP.

President KUJ GM Jamali said that under the health insurance policy the members would be entitled to avail treatment at major hospitals of the city. He hailed the issuance of the health cards as a milestone, as it would prove beneficial to the journalist community.

He appealed to the government to ensure safety of the journalists, particularly those working in a critical environment.