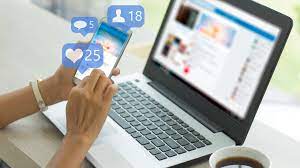 PESHAWAR: The doctors and paramedics have criticized the health department’s move to initiate action against those opposing the government’s policies on social media.

However, the health secretary insisted that the department wanted to implement the relevant law to act against those critical of its policy matters.

On April 30, the health department issued a notification declaring it has established the Social Media Monitoring Unit to ensure ‘effective coordination, oversight and implementation’ of its social media policy in health facilities and offices in line with the Khyber Pakhtunkhwa Government Servants (Conduct) Rules, 1987.

It added that those misusing social media platforms for opposing the government’s policies would face action under the law.

Provincial president of the Young Doctors’ Association (YDA) Dr Asfandyar Bittani termed the notification illegal and against basic human rights and law of the country.

“Behind this move is health minister Taimur Khan Jhagra, who can’t tolerate criticism, so he is placing restrictions on the use of social media by the department’s employees,” he told Dawn.

Dr Bittani said the health minister and his department should focus on the improvement of healthcare in the province instead of implementing policies arbitrarily.

“YDA will continue highlighting the issues of community and people as such notifications are just pieces of paper, which can’t suppress our voices. We are serving patients and will continue doing so,” he said.

Dr Rohail Hayat of the Malgari Doctaran flayed the health department’s social media move and said the doctors would fight for their rights together.

“Whatever our leadership decides, we will follow it,” he said.

Dr Rohail said the doctors were major stakeholders in the healthcare system and had been striving to ensure that patients get effective services.

He said banning doctors from using social media was totally unjustified and uncalled-for, so the government should desist from using such acts of intimidation against its employees.

He said more than 100 health workers had lost life to coronavirus, which they contracted from patients in hospitals.

“The government should appreciate our [employees’] work instead of looking for new methods to cause harm to us. We have performed excellently during bomb and suicide attacks and the world is appreciating our way of handling medical emergencies. We ask the government to acknowledge our services,” he said.

He said the health department couldn’t suppress voices by force.

“The social media order should be applied first to politicians and all other departments. The authorities should appreciate criticism for betterment of system,” he said.

He said the PDA believed that the government should listen to its employees instead of harassing them.

“The government wants to pressure civil servants working in medical teaching institutions on deputation and get them transferred to the health department,” he said.

When contacted, health secretary Mohammad Tahir Orakzai rejected the impression that the government wanted to harass its employees through social media order.

“Civil servants cannot make political comments or criticism on the government’s policies. It’s the job of politicians and the health employees will face action for such comments under the law,” he said.

The secretary said the employees were free to discuss issues related to promotion, but policymaking wasn’t their ‘cup of tea’.

“Negative propaganda is against the Civil Servants Rules and no salaried person and public servant is authorised by the law to indulge in politics or bring government policies into disrepute,” he said.

The secretary said the social media monitoring body would check the activities of all health department employees.

“The government is spending Rs150 billion to improve patient care and therefore, all employees will have to abide by the law,” he said.