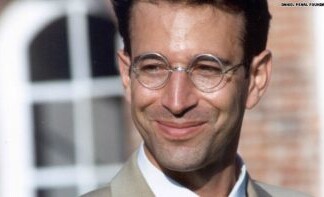 “This afternoon, we not only celebrate the life and example of Daniel Pearl, but also stand together with one voice to call for tolerance, peace and non-violence, values that Daniel Pearl held dear. As we remember Daniel Pearl, we also remember and honour journalists all over the world, especially those in Pakistan, who have given their lives as they pursued the truth, often in perilous circumstances,” said Heath.

“Pakistan is among the most difficult countries in the world to be a journalist. The United States condemns violence against journalists and all who are at risk simply for their desire to speak the truth. A free and open press is central to any democratic society and we are proud to stand together in tribute of the role of journalists in our societies and to remember those who have made the ultimate sacrifice in its pursuit,” he added.

Daniel Pearl World Music Days is the world’s largest symphony for peace. This international network of concerts is held in memory of slain journalist/musician Daniel Pearl.

Since World Music Days’ inception in 2002, more than 11,900 concerts in 132 countries have been dedicated. This year’s concert featured students who performed skits, read poetry, and sang songs.

The Daniel Pearl Foundation was formed in 2002 in memory of Wall Street Journal reporter Daniel Pearl to promote the ideals that inspired his life and work.