LAHORE-Hamza Akram Qawwal along with his group performed National Anthem at Beach Cleaning and Tree Plantation event organised by Pakistan Navy as part of the PN Maritime Awareness Campaign. The grand event was held at Nishan-e-Pakistan, Sea View Clifton. Hamza Akram Qawwal with his brothers, Taimoor Akram and Abdul Akram performed the national anthem soon after the arrival of chief guest Governor Sindh Imran Ismail. The event hoped to highlight the importance of keeping the country clean and green in a time when drastic changes in weather had taken a toll on Pakistan. 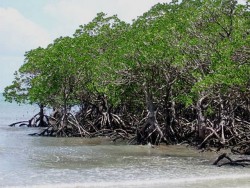