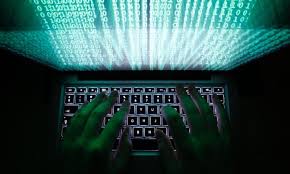 ISLAMABAD: Officials of the Ministry of National Health Services were on Sunday shocked to find the website of the ministry hacked. But messages left by the hackers on the page further frustrated them.

It was not that the messages were against the country or the hackers had exposed any scandal of the ministry. The officials were frustrated because the hackers claiming to be proud Pakistanis had chosen wrong words and made grammatical blunders.

“Reading the messages, I started thinking about the continuously falling educational standard in the country,” a senior bureaucrat in the ministry said requesting not to be quoted.

“There were so many errors in the messages and even the selection of words made me want to send the hackers to primary school,” he said.

It added: “Peshawar is Hurt. 19 January 2016. We still remember, We will remember and will break our enemy into pieces, Wake up Pakistan, its was war on hearts!”

The hackers said, “the message was posted by Wajid, Stome Boy, Baba Ge, Decent Boy, Rana Gee, Bilal and others.”

An official of the ministry said it seemed the hackers were youngsters and had expressed their emotions after hacking the website. But it also showed our new generation can master any skill except for writing.

“The government should take special measures to improve the quality of education. Moreover, the hackers should have chosen Taliban’s website to post such messages instead of hacking their own country’s website to convey their message to the enemies of the state. It shows that even their direction was wrong,” he said.

“They even wrote a wrong date for the Bacha Khan University attack which occurred on January 20, not Jan 19,” he said.

In reply to a question, the official said the officials contacted the ministry of Information Technology to address the issue after which the website was closed.

By the evening, a message appeared on the page stating, “The website is down due to maintenance.”

Later, in a statement the health ministry said efforts were being made to restore the website. “Moreover, the ministry has also decided to hold an inquiry besides taking steps to avoid such an incident in future.”