ISLAMABAD: Pakistan on Thursday said its increased engagement with China would contribute towards stability in the region, rejecting concerns being raised in the Indian media about the outcome of recent visit by the Chinese President.

“We conduct our relations with other countries on the basis of mutual interests. The Chinese engagement with Pakistan, and in this region, contributes to stability,” foreign ministry spokesperson told reporters here at her weekly briefing.

Tasnim Aslam was responding to the concerns raised in the Indian media about Xi Jinping’s visit during which the two countries agreed to further deepen their economic and defence cooperation.

“We welcome China’s increased role in SAARC. No country has veto over bilateral relations between countries,’ Tasnim added.

Responding to a question, the spokesperson said a mechanism had already been established to implement the decisions taken during the Chinese president’s visit.

“I can assure you of the seriousness of both Pakistan and China to implement all the agreements that have been signed. The PM has already held a meeting of all stakeholders to review the implementation processes.

When completed, these projects would give a major impetus to the economic development in Pakistan,” she said.

Commenting on the reports of seizure of 200kg of heroin reportedly from Pakistani drug traffickers aboard a boat on the Arabian sea, Tasnim said Pakistani High Commission in New Delhi approached the Indian authorities to seek details of the boat, including its ownership, registration and arrested crew.

“So far no information has been shared with us. Drug trafficking is a very serious matter. Curbing it requires cooperation among countries. In principle, if a boat from Pakistan, carrying drugs was seized, India should have informed us,” she explained.

She said on the basis of Indian media reports, Director General Pakistan Maritime Security Agency had been asked to ascertain the facts.

“Using fishing boats to smuggle heroin is a new strategy by Pakistani smugglers,” said Sharma, adding that the smugglers were using phones and GPS systems to allow trans-shipment to another boat.

Eight crew members, reportedly hailing from Pakistan, were detained and were in police custody in Gujarat, he said.

But the Pakistani foreign ministry spokesperson recalled a similar incident a few months back when Indian authorities claim of blowing
up a ‘terror boat’ from Pakistan eventually turned out be a ‘hoax and embarrassment to India.’ 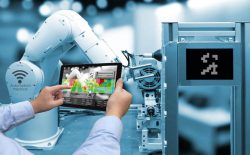