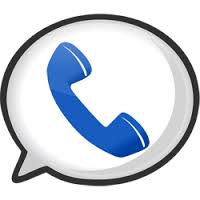 LAHORE: Grey traffickers are making the most of the disagreement between the Pakistani and Saudi operators over the issue of rates.

More than 95 per cent of the incoming calls originating from Saudi Arabia are being routed either through grey traffickers or any third country.

“Owing to disagreement on settlement rates between Saudi and Pakistani operators, the calls from Saudi Arabia destined for Pakistan are being routed through different countries which may also include grey route,” a senior official of the Pakistan Telecommunication Authority told Dawn on Wednesday.

Prime Minister Nawaz Sharif has also directed the authorities concerned to look into the matter after some of his family members had complained to him that they received calls of their relatives and friends from Saudi Arabia through Pakistani cell phone number (being operated by grey traffickers).

Besides Saudi Arabia, by routing incoming calls from other countries, the grey traffickers are causing millions of dollars of loss to the national exchequer monthly by setting up illegal gateway exchanges. The International Clearing House had recently provided $25 million worth of latest equipment to the authorities concerned to check the grey traffic but it appears they are still struggling to control it.

All 14 Long Distance International (LDI) operators in Pakistan in 2012 had set up the ICH where all incoming traffic is terminated by foreign carriers through the PTCL. But questions are still being raised by certain quarters whether the ICH is helpful in curbing the grey traffic.

The PTA believes no system can eradicate the grey traffic in a short time. “Instead, it is customised according to the country requirement and technical needs. “Since the launch of the new system, there is improvement every month in the white traffic coming into the country,” the PTA official said.

“We have launched an awareness campaign asking the people to report grey numbers appearing on their phones on the PTA toll-free and short code numbers. We have also set up a 24/7 call centre for this purpose. Such numbers are blocked and used to further investigate grey traffickers, which has led to some successful raids. Blocking of numbers results in financial loss to the grey operators, discouraging them to carry out the business,” he said.

The PTA official said: “Grey trafficking is being gradually reduced. Raids are being carried out. It is difficult to give a timeline to wipe it off.”

Grey traffic is defined as the use of illegal exchanges for making international calls, bypassing the legal routes and exchanges. These illegal exchanges include VOIP (Voice-Over Internet Protocol) that uses a computer, GSM (Global System for Mobile) gateways, WLL (Wireless Local Loop) phones or mobile SIMs.

This traffic may then be distributed onwards using WLL and mobile numbers. Grey routes are arrangements that fall outside the regular course of business between the licensed telecom companies in each country.

The grey part of the route is usually at the far end where the call is terminated. Up to that point, there are normal arrangements to deliver the call from the subscriber to the sending carrier and between the sending carrier and the satellite or cable operator for the trunk part of the call. The ‘grey-ness’ arises because at the far end the call is made to appear as if it originates locally, as a domestic call, rather than a more expensive international call.

To curb the grey traffic, the Ministry of Information and Technology has also asked the five cellular mobile operators to set up grey monitoring division within their organisation and watch SIMs’ outgoing calls behaviour and block doubtful SIMs.

Sources in the LDI operators said they were ready to pay an additional Rs0.80/min to the CMOs but they were demanding more to curb the grey traffic.