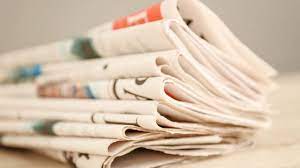 Digital media has played a significant role on how we get to know the daily news. Over a period of a decade, there can be seen a decline in the use of print media as many people decide to get the news from the apps they use in their mobile phones. Internet acts a powerful source and generates an interesting debate that whether print media will become extinct. News being documented and shared on social media platforms has had a negative effect on the print media industry.

The fear of extinction has caused hassle in the print media industry which made them branch out from traditional printed form to an electronic form of news. The media companies developed their own social media platforms on the apps such as Facebook, Instagram, Twitter and the respective digital apps of their newspapers as well as their own company websites. Mostly, the young millennial spend more of their time on the internet than reading printed material.

They prefer articles on their computers or other electronic devices other than printed newspapers. Newspapers are more popular in the senior citizens as they stick to the traditional way of knowing the daily news. It is a habit we see mostly in older people to get up early and read the newspaper while having breakfast, whereas the millennial did not even develop this habit.