ISLAMABAD – The present democratic government would utilize all available resources for the welfare of journalists and media workers of backward areas.

He said that government believes in freedom of expression and would continue to support and facilitate the growth of independent media in the country.

Senator Pervaiz Rashid said that government is fully cognizant of the security of media houses and journalists and making all possible efforts to create a congenial atmosphere where media persons could perform their professional obligation without any fear.

He said that the government is also aware that Hangu was among the areas largely affected by terrorism. Operation Zarb-e-Azb is successfully going on and would continue till the elimination of all terrorists from the soil of country, he added.
The delegation briefed the Minister on various issues faced by Hangu Press Club and journalist community and sought Ministry’s assistance for their early resolution.

The Information Minister assured his full support and said that government is committed to media freedom and would continue to assist media workers in the performance of their professional duties.

The meeting was attended by Secretary IB&NH, PIO, PID and other officials of the Ministry. 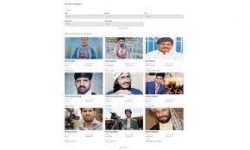 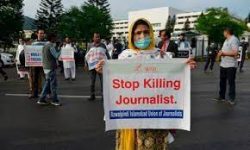