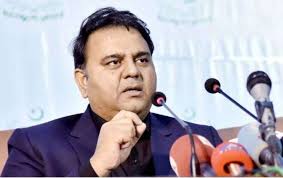 KARACHI: Minister for Information and Broadcasting Fawad Chaudhry Tuesday said the government would fully support the local film industry and the taxes on their equipment would be reduced. In a meeting with a delegation of Drama and Film Producers’ Association at the Governor’s House, Fawad Chaudhry said it is the government responsibility to project the positive and soft image of Pakistan throughout the world. Fawad said the government is inviting foreign filmmakers to shoot beautiful locations of the country. He said during the 60’s Pakistan was way ahead in filmmaking but it slowed down afterwards. Meanwhile, the minister said the government had a plan to table a bill in the National Assembly to protect journalists.

Addressing the award ceremony of “Third Lab Azad Journalism 2018”, jointly organised by Palladium Pakistan and the Centre for Excellence in Journalism (CEJ) at the IBA, Fawad said he had proposed various reforms for his ministry. He also appreciated the CEJ for distributing such a valuable award to journalists who performed exceptionally in their field.

Fawad said his ministry was currently working on media technology school and Journalism Protection Act, mostly similar to the prevailing law in the Khyber Pakhtunkhwa. He said he had plans to take measures to protect stakes of journalists and to provide them insurance.

The minister said the government is working on a new advertisement policy in which the advertisement release would be linked with the salaries of the workers and the enforcement of the labour laws.