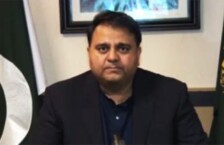 ISLAMABAD: Minister for Information and Broadcasting Fawad Chaudhry said on Tuesday that the government stood with media workers and was in the process of clearing outstanding advertisement dues of media houses to stop them from sacking employees.

Speaking on the floor of the National Assembly, he said that the government and the media owners had agreed that payments worth Rs320 million were pending. He said that outstanding advertisement dues of Rs126m were being released by the Punjab government.

The information minister said that the immediate benefit of the payments would go to the media houses and reduce [financial] pressure on them.

The minister assured them that the government would work with media organisations to resolve the issue. He said that despite the difficult economic situation, the federal and provincial governments had released Rs460m advertisement dues to media houses.

The minister expressed solidarity with journalists and said television channels and media houses had claimed Rs7 billion for advertisements released during the terms of the Pakistan Muslim League-Nawaz, Pakistan Peoples Party and Pervez Musharraf governments.

The minister said the government would formulate a new advertisement policy and would consider giving advertisements directly. He added that a new media university would be set up as the media industry still had a lot of capacity for growth.

He agreed that whenever talks would be held with the All Pakistan Newspapers Society (APNS), a 15-member delegation from news organisations should be made part of the negotiations.