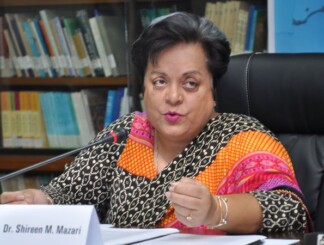 ISLAMABAD: Minister for Human Rights Dr Shireen Mazari Thursday said the Pakistan Tehreek-e-Insaf (PTI) government believed in freedom of expression and it had never imposed curbs on media during its political career.

Talking to a private news channel, she said the Protection of Journalist Bill should be tabled in the parliament as the bill had already drafted with consultation and consensus of all stakeholders.

The minister said the Protection of Journalist Bill was part of human rights and it was need of hours to present it in the Parliament to save the lives of journalists especially in field reporting.

Replying to a question, she said the Federal cabinet had banned on the Child Domestic Labour in the federal capital.