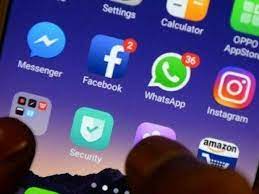 The bar associations across the country have strongly condemned the “smear social media campaign” against the superior judiciary and demanded of the government to take notice of it under the cyber laws.

In a joint statement, Supreme Court Bar Association (SCBA), Pakistan Bar Council (PBC) along with the legal fraternity noted that the campaign had been launched at the behest of the leadership of a political party which had just lost majority in parliament through a democratic process.

The statement maintained that the party was now resorting to pass derogatory and contemptuous remarks against the judges in public rallies and congregations.

“Without any stretch of imagination, it is obvious that the purpose of said smear campaign is to pressurize the judiciary so as to achieve unconstitutional and undemocratic agendas and to further polarize the society,” the statement said.

“The entire legal fraternity has its full confidence over the decisions of the apex courts, fully endorsed the same and shall not allow anyone to twist arms against the institutions,” it added.

Referring to PTI chairman Imran Khan’s remarks about the opening of courts in the dark of night at the time of his ouster, the bar associations observed that they fully endorsed and welcomed the initiative.

“However, the way Mr. Imran Khan is accusing the courts, it appears that he and his party was on the collision course with state institutions and wanted to indulge in something extra-constitutional.”

While condemning the campaign, SCBA Secretary Waseem Mumtaz Malik stated that no one had right to malign the dignity of judges for petty political gains. “Anyone can express his/her disagreement with judgment but no one is free to harm the respect of judges.”

He said the legal fraternity reserved the right to take punitive against the wrongdoers if such malicious social media propaganda does not end.

“Let no one be mistaken, the legal fraternity, as per its erstwhile principles, is firmly standing with its parent institution i.e. (the judiciary) and shall continue its struggle for upholding rule of law, independence of so as to curb this menace.”

The bar associations urged the government to take action against the campaign under the cyber laws.