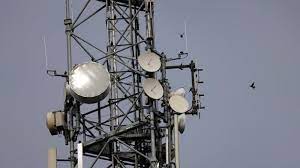 The Ministry of IT and Telecommunication has proposed a federal-level committee in the draft framework for frequency spectrum reforming.

According to the document, the federal government will constitute a Spectrum Refarming Committee that will comprise of Ministry of IT and Telecom (MoITT), Frequency Allocation Board (FAB), Pakistan Telecommunication Authority (PTA) or Pakistan Electronic Media Regulatory Authority (PEMRA) and incumbent user. The federal government may also include any other member that it considers appropriate at the time.

According to the draft, PTA or PEMRA will have the authority to hire an independent consultant if required for Spectrum Refarming and will present recommendations to the Spectrum Refarming Committee (SRC). After the recommendations from the consultant, the SRC after taking input from relevant stakeholders will estimate the value of the refarmed spectrum and the compensation cost of refarming (for government users only). The committee will also decide about the quantum of spectrum to be re-farmed in the approved band and will determine a timeline for re-farming.

The Spectrum Refarming Committee will submit its final recommendations to the federal government through the IT ministry within three months. If third-party consultation is required, then appropriate time will be added to engage the consultant. The Spectrum Refarming Committee will regularly monitor the implementation status of the spectrum refarming process as per the approved timelines.

According to MoITT, PTA has prepared the draft under the Telecom Policy in consultation with PEMRA and FAB to ensure the timely introduction of new technologies and services for the greater benefit of all stakeholders including consumers and the Government of Pakistan.

Based on international developments, technological trends, vendor reports, Telecom operators’ feedback, R&D landscape, survey reports, and recommendations from International Telecommunication Union and other international bodies PTA, PEMRA and FAB will recommend to MoITT the requirement to reframe any given frequency band.