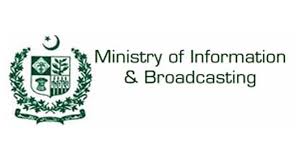 Sources said that the high officials of the ministry have transferred the employs of Strategic Media Communication Cell (SMCC) to IRS, an independent and non-profit research centre of the information ministry that is devoted to regional studies focusing on South Asia, Southwest Asia (Iran, Afghanistan and Gulf), China, Central Asia and the Indian Ocean region.

Sources said that 11 employs have been transferred to IRS. The reason behind the move was that the government wanted to undertake more work ahead of the general elections. One official said on the condition of anonymity that the government was likely to extend the project period for one more year before their tenure ended.

The sources added that the social media team was getting a salary equal to government officials working on grade 17 and above. In addition, a few persons were drawing salaries from other departments as well, including Pakistan Television Corporation (PTV). Initially, the people had been hired on a contractual basis but with the passage of time, their tenure was extended.

The SMCC was established on the orders of then-Prime Minister Nawaz Sharif in 2014 and was made a part of the information ministry. The basic purpose of the cell was to raise awareness and run campaigns on polio eradication, energy conservation, school enrollment, environmental issues, viral diseases, anti-terrorism strategies and other matters pertaining to electronic and social media. Instead, the government used this cell to promote the Pakistan Muslim League-Nawaz (PML-N) narrative on social media.

Maryam Nawaz took charge of the cell as its de-facto head, despite the fact that she rejected this notion on a number of occasions.

Incumbent Prime Minister (PM) Shahid Khaqan Abbasi had directed abolishing SMCC and the ministry followed suit. Surprisingly, SMCC is still operational despite the PM’s instructions to close it down.

It is important to mention here that last year, the federal government had decided to expand the operations of SMCC by increasing the number of employees from 11 to 35, but the Finance Division had rejected the move due to non-availability of funds. The budget of 11 employees amounted to Rs 33 million in 2014-15.

The SMCC came into being in 2014, soon after Maryam Nawaz was told to resign from the post of chairperson of the PM’s Youth Loan Programme by Lahore High Court.