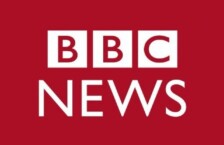 Karachi: In response to a “defamatory and malicious story” published by a foreign news outlet against the Pakistani security forces, the government of Pakistan has recently filed a complaint to demand an apology.

Published on June 2 by the British Broadcasting Corporation (BBC), the story titled ‘Uncovering Pakistan’s secret human rights abuses’ alleged the Pakistani security forces of perpetrating widespread violence against the residents of the erstwhile FATA during its anti-terror operations, the complaint said.

Filed by the Ministry of Information, Broadcasting and National Heritage, the complaint stated the article – carried by both BBC English and BBC Urdu – “not only present[ed] a fabricated theme but it also violated journalistic ethos”.

The government also prepared a detailed complaint dossier that dismissed the story as unfounded, biased and one-sided, stating that it failed to incorporate the viewpoints of all stakeholders and was published without citing credible sources.

Carrying out a detailed analysis of the “baseless accusations” levelled against the Pakistani military, the complaint cited BBC’s own editorial guidelines in the report to explain how the story violated them.

“Without taking the version of the accused party, [the claims made in the article] are in clear violation of fair, factual and unbiased journalistic standards and BBC’s editorial policy,” it said.

In its detailed analysis of the story, the ministry of information stated that the accusations against the Pakistani military for “killing innocent civilians” during the terrorist operation in North Waziristan does not have an “iota of truth to it,” and the claims made in the article are “not backed by any evidence.”

The dossier mentioned that the office of Pakistan army’s Inter-Services Public Relations (ISPR) received an email from the Asia editor of the BBC, Simon Fraser, on March 28, 2019, claiming that the outlet had gathered “evidence” regarding the matter.

According to the dossier, the ISPR – after thoroughly analysing the “questions and the vague statements” contained in the email – responded by calling the “expression of [the] email highly judgmental,” and suggested the BBC hold an interaction with the ISPR to know facts before publishing the story.

Per the complaint, the BBC – in violation of its own editorial policy – paid no heed to the suggestion and went ahead with the publication of their “one-sided story” without including the account of the ISPR.

Referring to the headline of the story, the Pakistani government’s response pointed out that the use of the word “secret” is misleading because Pakistan is fighting against terrorism and all of its past and present military operations had been undertaken after the approval of the government and in line with the United Nations Global Counter-Terrorism Strategy (UNGCTS-2006). 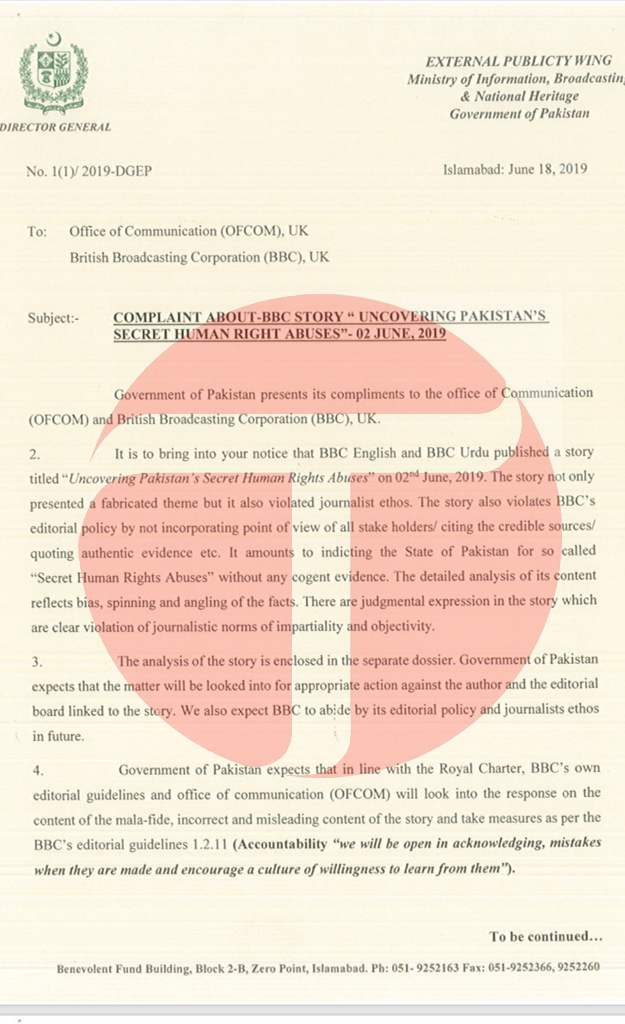 It also dismissed the use of the word “abuse” in the headline as “incorrect in the said context,” terming it “part of the disinformation campaign against the Pakistan Armed Forces.”

Replying to the story’s claim that the government of Prime Minister Imran Khan did not respond to BBC’s request for a comment, the dossier stated that neither the government’s external publicity (EP) wing was contacted, nor did anyone from the outlet reach out to the secretary of information, the principal information officer, or the special assistant to PM on media.

According to the complaint document, failing to reach out to the sources it’s a violation of the BBC official editorial guidelines.

The government also replied to the claim made in the article, according to which “evidence of murder and torture carried out by Pakistani soldiers and insurgents is emerging only now.” In response, the government said that “equating terrorist actions with the state’s legitimate operations is highly misleading,” and provided elaborate details of military action in the region.

Citing the example of the United Kingdom, the dossier referred to the Hutton Inquiry which pointed out how the BBC was strongly criticised for its flawed reporting in the past and how then-British prime minister Tony Blair apologised to the public for taking actions based on wrong intelligence. 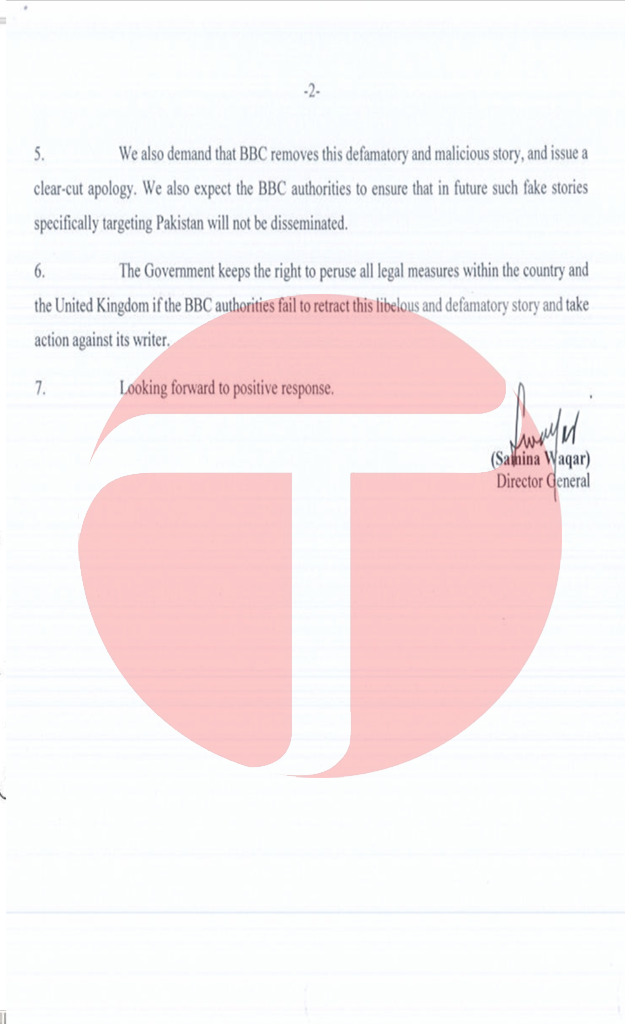 The dossier also called out the journalist who filed the report and said that he had travelled all the way to Dera Ismail Khan to meet his sources but refrained from talking to the ISPR to obtain its version.

The government said the story reflected the writer’s “mala fide intent and his personal biases,” and also added screenshots of the journalist’s Twitter account in the dossier, saying that his bias is “evident from his social media activities.”

The report further called the BBC out for using unauthentic, unnamed sources in the story, calling them “shadowy and shady.”

Citing point 1.2.11 of the BBC’s editorial guidelines, the ministry of information said that it expects the BBC to look into the response and demanded the outlet to remove the “defamatory and malicious story.”

The ministry also demanded the BBC to issue a “clear-cut apology” and ascertain that such “fake stories [that] specifically target Pakistan” are not disseminated in future.

“The government [of Pakistan] keeps the right to pursue all legal measures within the country and the United Kingdom if the BBC authorities fail to retract this libellous and defamatory story and take action against its writer,” the complaint concluded.

The Nation: Govt takes up fake news issue with BBC