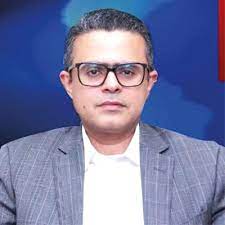 Special Assistant to Chief Minister Punjab on Information and Spokesperson Government of the Punjab Hasaan Khawar has said that proactive disclosure of information to the public by state institutions is the most basic and foremost part of the government’s mission to promote the Right to Information Act. There is still a long way to go.

He said that spreading awareness among the people and government departments to ensure positive utilization of this facility is another integral part of this mission.

These views were expressed by Special Assistant to Chief Minister Punjab Hasaan Khawar while addressing an event at Al-Hamra organized by Punjab Information Commission on proactive disclosure.

On this occasion, he said that in the present age, availability of information is a tool that makes governments more accountable to the people. Panama Lakes are a clear example of this fact in recent history.

Hasaan Khawar said that the implementation and promotion of the right to information act is in fact a declaration of war against the status quo and the traditions of the past, and section four of this act is the vanguard of this war. Responding to questions from media representatives on the occasion, Hasaan Khawar said that meetings amongst political parties are a routine matter.

He further stated that the opposition has only words, not numbers.

If the opposition had numbers on their side, they would have brought a no-confidence motion against the government by now.

He said the opposition will continue to talk and the government will continue its mission of public service. Responding to a question regarding Pakistan Electronic Crimes Act, he said that the first and foremost objective of this act is to prevent social media from defamatory practices.

Hasaan Khawar also distributed certificates among the representatives of the three best departments for facilitating access to information. Among these departments, the police department stood first, anti-corruption came second and the deputy commissioner’s office came third.