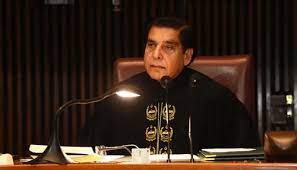 Speaker National Assembly Raja Pervaiz Ashraf on Wednesday observed that the government was duty bound to ensure protection of journalists so that they could perform their professional duties without any fear.

He made this observation after journalists walked out of the press gallery of National Assembly in protesting of different incidents including target killing of brother of a journalist in Layyah and the purse snatching incident in Chak Shahzad locality in which a female reporter had been deprived of her belongings.

Minister for Parliamentary Affairs Murtaza Javed Abbasi, who approached the protesting journalists and brought them back to the press gallery, informed the House about the incidents the journalist community recently faced.

The speaker referred the matter to the committee concerned for further deliberation and taking necessary measures so that occurrence of such incidents in future could be prevented.