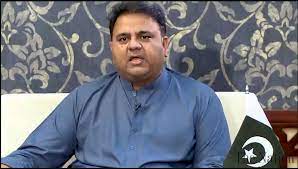 Talking to journalists about the Digital Media Wing in Islamabad on Sunday, Fawad said that in the future people will shift to digital media, which will define the media landscape in Pakistan.

He maintained that the Digital Media Wing has published a report with a glimpse of the hybrid war facing Pakistan, saying it is now a reality.

“We are setting up the Pakistan Media Development Authority to cope with the challenge of hybrid war.”

The minister pointed out that there is a need to differentiate between real and fake news as a big network operated by India is spreading baseless news against Pakistan. He highlighted that India wants to promote sectarianism in Pakistan through fake propaganda.

Earlier, Prime Minister Imran Khan emphasized the need to utilize the digital media as a tool to portray positive image of Pakistan across the globe.

He said that digital media had emerged as the most effective communication tool in this technological era. Even owing to the swift growth of digital media, the information flow knew no boundaries, he added.