Give me Wi-Fi, or give me death | Pakistan Press Foundation (PPF)

Give me Wi-Fi, or give me death 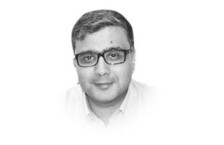 Since time immemorial, the human race has developed and has then relied on signs and symbols as means of communication and as guides to behaviour. It is thanks to universally recognisable signs that we avoid embarrassment, or worse, by not entering the wrong lavatory in public places and offices; it is thanks to road signs that we at most times do not mesh metal with metal down one-way roads or soar off curving roads into open skies ala the character in the opening scene of the 1963 film, It’s a Mad, Mad, Mad, Mad World, many a recovering patient owes his or her health to signs that refrain motorists from blowing horns outside hospitals; a good number of disasters have been averted by the sign reminding absent-minded smokers to put out their cancer sticks at gas stations and the like; the skull and bones image has prevented many an electrocution or grisly death.

The impact most signs and symbols have on our behaviour is transient, i.e., we enter the correct lavatory for a few minutes, we slow down on icy roads till the danger passes, and so on. However, this century has seen the proliferation of a sign or symbol that has come to drive human behaviour for extended periods of time and has altered lifestyle across societies. I refer, of course, to the ubiquitous Wi-Fi sign; whether it is the innocuous looking convex waves emitting upwards from a single point or the yin and yang themed letters ‘Wi-Fi’ in public places (or the expectation of this service in homes and offices), the fact is the presence of this sign instigates behavioural changes at speeds that the makers of a certain blue pill would envy.

We enter a restaurant and microseconds after ensconcing our rumps into the seats we ask the waiter for the eatery’s Wi-Fi password. “What’s your Wi-Fi password?” has become the new standard greeting upon entering a friend or relatives’s home, replacing the well-established and time proven “Hello, lovely to see you”. Once the introductory protocols have been fulfilled, the smart phones take over for the duration of the meeting.

Our desire to remain connected is now so overriding that we dread being in a location where there is no coverage for connectivity. Some of us may have seen the corruption of Maslow’s hierarchy of needs pyramid with Wi-Fi shown as an essential physiological need. I, for one, select hotels based on whether or not Wi-Fi is a complimentary service; to be charged for Wi-Fi is tantamount to a crime against humanity. The rallying cry for the 21st century is here, and it is an adaption of a quote attributed to Patrick Henry, a champion of the American Revolution in the 18th century, for his “Give me liberty, or give me death” is now our “Give me Wi-Fi, or give me death!” 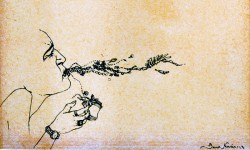