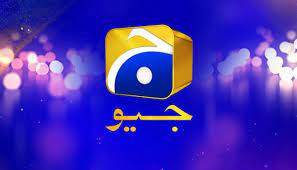 Geo TV’s GPR stood at 4,478 in 24 hours and 2,342 in prime time, which was much higher than other contemporary channels from July 1 to 31. The expertly-produced series by Abdullah Kadwani and Asad Qureshi’s “Seventh Sky Entertainment” remained the viewers’ favorite in July and August, manifesting their patronage.

Similarly, the compelling drama series “Door” set yet another benchmark on July 27 by achieving a rating of 5.9. The interlocking story of “Rang Mahal” scored high ratings of 8.8 in August, against July’s ratings recorded at 7.3.

The episodes of the gritty serial “Fatoor” surprised everyone on August 5 when the play recorded all time higher ratings of 7.9. From its very first episode, another favorite serial with its “Bechari Qudsia” received 4.1 ratings on July 31 and progressed to 5.5 on August 1. The emotional rollercoaster “Khuda Aur Mohabbat” rated 11.6 on July 30 but its viewership further soared to all-time high of 12.9 on August 6.

The Pakistan’s trendsetting entertainment channel not only dominated the rating charts but also achieved higher viewership on social media platforms. The blockbuster “Khuda Aur Mohabbat” hit an unbeaten record of one billion views on the digital media. Similarly, Geo Entertainment’s several other plays are drawing millions of hits on the social media.

The Geo TV remains the trend blazer in the entertainment industry and assures its viewers of bringing more thrilling and exciting entertainment for them.