KARACHI: The Geo News arranged a special debate of the candidates in the NA-246 by-election on April 20. Shahzeb Khanzada and Suhail Warraich were hosts on the occasion.

Starting the programme Suhail Warraich said it is a tradition that electoral debates are held prior to elections in all democratic countries. Following the general rules in this regard we are beginning the first electoral debate.

Such arrangement could not be made earlier due to tense atmosphere, which was marked with sloganeering and hooliganism but Geo has taken the lead by arranging sensible electoral debate. It is now a stage of democratic election that we can sit and talk over controversial matters.

The participating candidates in the debate were Kunwar Naved Jamil of the MQM, Rashid Nasim of Jamaat-e-Islami and Imran Ismail of the PTI.

Kunwar Naved Jamil said: “If I am elected as an MNA, it will be my responsibility that Pakistan remains a normal country sans terrorism of all types. I will also endeavour to give Pakistan a status in the region that it maintains cordial relations with neighbouring countries so that the progress speeds up. I will also want that the conditions of the life of the people living under the poverty line are improved and they get their rightful health facilities.”

He said neither the province nor the centre own Karachi while it generates revenue of 95 percent and 70 percent for them respectively. It is for this reason that there are numerous issues of the city. Solution of these issues requires funds. “I will make efforts to bring overall progress to Karachi and especially for the NA-246.”

PTI candidate Imran Ismail said the elections in NA-246 has become important as Karachi had been suffering from fear, panic and terror. “It is now time to break these shackles and the Tehreek-e-Insaf wants to free the city of fear and give peace, and the process will begin from NA-246.

There will be a change which will make holding of fair elections possible.” Imran Ismail pointed out: “There are no go-areas in the city leaving citizens suffer from water and power problems. The people who claimed they owned Karachi, gave the city nothing else but fear, deprivation and extortions.” He continued: “We want to bring the city out of fear. We will bring the city back to the position where there were more and more industries and people used to visit to spend their holidays.

The JI candidate Rashid Nasim said: “We will bring an era of cultured politics, tolerance and peace, which used to be the symbol of the city. Professor Ghafoor, Ishtiaq Husain Qureshi and Shah Ahmad Noorani were the identity of the city. People used to work and live in peace here but now Karachi is an injured city. This noble work can only be performed by the followers of Professor Ghafoor. The JI has come to the field to make these dreams come true and treat the injuries.”

Speaking again Kunwar Naved Jamil said the major issue of Karachi is that the centre takes no interest for the welfare of the city. All the centre wants is to take revenue from the city, take them away and use it elsewhere but not here.

The Karachiites have no say. The SHOs are brought here from other provinces and cities. The ratio of increase in population in Karachi is six percent while it is two percent elsewhere.

Mandate of public representation should also be enhanced.

To a question that there is a public perception political parties are a cause of problem with regard to law and order situation, Kunwar Naveed said elite class had never owned Karachi. People have been giving us mandate for 28 years but bureaucracy, elite class and establishment are not ready to accept this. Law and order was better in the city when our home minister was in office.

Imran Ismail said that Karachi does not mean MQM only. MQM has weapons. Our kids will move in the city freely when all the political parties are agreed to end use of weapons in politics. We want to see the Karachi that was called city of lights in 1975.

JI’s Rashid Naseem said we had got a little mandate but despite that we made Karachi the citadel of happiness and lights. If we get the mandate half to that of MQM we will completely change Karachi.

Kunwar Naveed said there are no corruption charges against any MQM representative including him. I pay over Rs400,000 every year in tax and all my assets are on the record.

Imran Ismail said he imports vehicles from England and runs construction business in DHA. “I live in a rented house in defence area and paid Rs175,000 in tax last year.”

Rashid Naseem said that he was the poorest among all the candidates. I have a motorcycle. I started working at the Islamic Research Academy for Rs5000 a month and now my salary is Rs29,000. Jamaat bears all the election expenses. There is no greed in our party.

To a question by Rashid Naseem that why MQM had not been given authority, Kunwar Naveed said that the establishment and a few parties which are trying to bring Taliban are the problem. People of Karachi rejected them and have been giving mandate to MQM.

Replying to a question by Kunwar Naveed, Imran Ismail said that MQM was a regional party while the PTI was a national one. While admitting lack of discipline in PTI programmes, he said that our leadership is national, live in Pakistan and think for it. 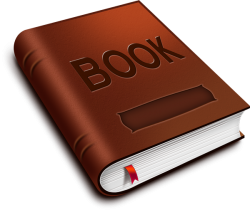