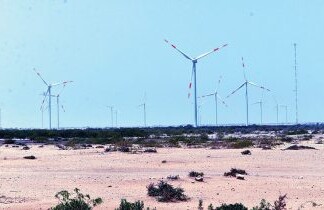 ISLAMABAD: The government has reduced funding for environmental projects to Rs25 million in the 2014-15 budget from Rs58m allocated for the previous financial year.

It allocated Rs10m for the Multilateral Environment Agreement (MEA), for which the Climate Change Division (CCD) did not even make demands, keeping in view other important and necessary projects for improvement of environment across the country such as initiatives to deal with adverse impacts of flooding and drought as a consequence of climate change.

However, CCD secretary Rukhsana Saleem defended the MEA and said the scheme was important and had been running for several years.

The MEA was launched for generation of data about the state of environment across the country and report the findings to international organisations such as the United Nations Framework Convention on Climate Change and the United Nations Development Programme. This was imperative to prove and ensure Pakistan’s commitments to various international agreements to improve the state of the environment.

Meanwhile, environmentalists in the CCD described the government’s ambitious plans to improve the state of environment in such a meagre sum as “a joke”.

In the Annual Plan 2014-15, the government has recognised that direct and indirect costs from environmental degradation amounted to Rs400 billion annually, according to a World Bank report of 2006.

Experts wondered how the government planned to bring down the levels of suspended particulate matter to within limits of the Ambient Air Quality Standards or how it would manage to install sewerage treatment plants or how it would make industries adopt Cleaner Production Techniques to minimise pollution and ensure that at least 70 per cent of waste water is treated before discharge into water bodies using the limited amount allocated in the budget.

“The Rs1.2bn Environment Monitoring System of the Pakistan Environment Protection Agency has been non-functional and without staff for about two years,” said an environment expert of the CCD.

He explained how the government had also closed the National Bio-Safety Centre (NBC) without which commercialisation of genetically modified seeds in the country was not legally possible.

“Without NBC, the government cannot approve commercialisation of GM seeds under international commitments such as the Cartagena Protocol,” he said.

The Planning Division had earlier approved Rs8m for NBC but the project was closed nonetheless, he added.

“If the country does not regulate commercialisation of GM cotton, it will likely lose its status as Generalised System of Preferences (GSP Plus) country under which European states have allowed duty-free imports, including textiles,” he said.