Freedom of expression under attack 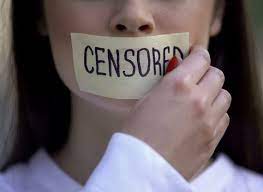 EDITORIAL: Coming from this government attempts to put a squeeze on media freedoms through a draconian law, Pakistan Media Development Authority (PMDA), is hard to grasp. For, when in opposition Prime Minister Imran Khan had defended media independence in categorical terms. In a useful reminder of that position representative bodies of the media, national and international rights groups, and civil society associations refer to his past assertions in public awareness campaign such as that “only a corrupt government will try to silence and harm the media”; “if there is political consciousness in the Pakistani nation, the media has a major role in it”; “criminals are always afraid of freedom of information”; and “there is no greater fool than the one who tries to control social media these days!” Surely, he would not like such pejorative adjectives to be used for his government. In fact, his sensible suggestion then was that “there should be an independent forum for media regulations.” Yet there is a strong urge to control the media.

Unfazed by failure of several previous attempts to curtail freedom of expression in the face of stiff resistance by journalists’ bodies and media organizations, the government is insistent on introducing the PMDA. To add insult to injury, Information Minister Fawad Chaudhry has been wrongly claiming that the “concept paper for the establishment of PMDA had been circulated among all stakeholders (All Pakistan Newspapers Society, Council of Pakistan Newspaper Editors, Pakistan Broadcasters Association, and Pakistan Federal Union of Journalists). No one has seen the actual ‘concept paper’. Some of its snippets though appearing here and there show it is an extremely oppressive instrument of control. It seeks to impose fines of up to Rs 250 million on media houses who refuse to fall in line. Special tribunals are to be established along the pattern of anti-terrorism courts to try them. Also to be restricted are powers of high courts to intervene. It is unfortunate, indeed, that an elected government should resort to such dishonorable methods to stifle freedom of expression — a core value of democracy. All this by a government headed by Imran Khan who on several occasions has acknowledged that it was due to an independent media that he was able to spread his message at a time his party had lacked the resources to publicise its agenda through other means. While adamant about going ahead with PMDA the ruling party must not forget that power is a fickle mistress, it can be lost at the next general election in less than two years’ time. What then would be its position? The way forward for the government therefore is to act on the PM’s own words that “there should be an independent forum for media regulations.”