Free media must for survival of democracy: governor 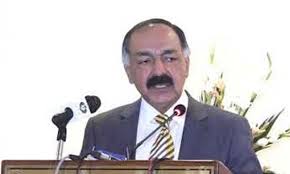 QUETTA: Balochistan Governor retired Justice Amanullah Yasinzai has said that democracy cannot survive without a fully independent and free media and only a true democratic order was panacea for all the problems being faced by the country.

Speaking at the oath-taking ceremony of office-bearers of the Balochistan Union of Journalists (BUJ) here on Monday, he said that relations between the government and media in Balochistan were better than in the past, but there was a need to strengthen and improve these relations.

Newly elected BUJ president Salman Ashraf and Quetta Press Club president Raza-ur-Rehman also spoke on the occasion and highlighted the problems being faced by the journalist community in Balochistan and other parts of the country.

The governor assured them that he would take up job security and other issues being faced by the journalist community with the higher authorities.

He said that in the modern era when the world was adopting modern technology, digital journalism could not be ignored, and journalists should fulfil the requirements of modern times.

He congratulated the newly elected members of the BUJ and expressed the hope that they would play their role in solving the problems of the journalist community.

Quetta Press Club President Raza-ur-Rehman said the PFUJ and BUJ had struggled not only for the media freedom but also for restoration of democracy in the country and in this struggle members of the journalist community were killed, flogged and imprisoned.