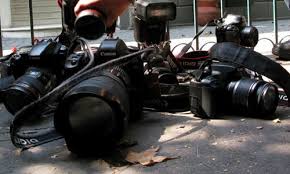 RAWALPINDI: After investigating the issue, City Police Station has registered an FIR under Sections of 506, 147 and 149 against Town Municipal Administration (TMA) Rawal Town officials as they thrashed The News reporter Khalid Iqbal. Police were continuously raiding to hunt the accused down but culprits went underground after registration of FIR here on Thursday.

Station House Officer (SHO) Mustafa Niazi along with Sub-Inspector Abdul Latif, who is also Investigation Officer (IO) of this case, and some other police officials investigated the matter.

Inspector Nazir Zada, Pervez Mughal and others are allegedly involved in thrashing the journalist on the occasion. The SHO and IO told The News, “We would arrest the culprits soon. We are continuously making raids on different localities to arrest them.”

Town Municipal Officer Rawal Town Mir Akmal, who is also inquiry in-charge on behalf of DCO Sajid Zafar Daal, said, “I am also investigating this matter. We will decide the matter on merit and we will take strict departmental action against responsible people.”

After failing to comply with the Lahore High Court orders and purge Raja Bazaar and its adjoining business centres of the city from encroachment mafia completely, in a sheer act of high handedness, the anti-encroachment staff of Tehsil Municipal Administration, Rawal Town, Wednesday manhandled the journalist when he asked them about existence of encroachments despite lapse of court-set deadline. When Khalid Iqbal raised the question with Town Officer (Regulation) Malik Tauseef Ahmed, the concerned anti-enforcement inspector of Raja Bazaar, Nazeer Zada, along with other inspectors, entered the room and started arguments with the reporter.

In the meantime, the inspectors exchanged harsh words and allegedly beat up the reporter in presence of Town Officer who allegedly didn’t even interfere to cool down the situation. The encroachment inspectors allegedly threatened the reporter of dire consequences, if he dared to file reports regarding encroachments.

Meanwhile, Press Council of Pakistan took notice of the manhandling of the reporter by the Inspectors of Tehsil Municipal Administration Rawal Town Rawlapindi.

The PCP believes that such acts of violence against the press hinder the free flow of information and, therefore, be checked and contained. The PCP requested the concerned authorities to look into the incident and a report may be provided to the Council at an early date. 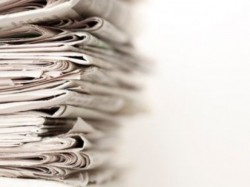