KARACHI: According to the producer and director duo of Zinda Bhaag, the inspiration behind the movie was to narrate a story that the viewer could relate to, while also encapsulating the facets of life close to their hearts: politics, the class divide in the country, cinema, and of course Lahore.

The love of the city was evident throughout the movie, and was also discussed in detail at a session held at The Second Floor, which brought together Meenu Gaur, Farjad Nabi and Mazhar Zaidi.

For Zaidi, who narrated the process of tracking down Naseeruddin Shah, who plays the larger-than-life role of Pehlwan, and sending him an incomplete script to give a feel of what the movie entailed, was a daunting task. According to the film-makers, the character, as well as the actor himself, takes you on a “tangential journey.” He is not meant to be a real character, was the response when the question about the authenticity of his ‘Lahori accent’ was raised. Clips were also shown of Shah holding workshops for the other actors to work on their performances.

The film-makers made an effort to highlight how, despite the small budget, care was taken to give Zinda Bhaag a more thorough feel. The sound equipment was from India, the colour grading was done there too, and experts were used to give it a more crisp quality. The soundtracks, sung by an impressive line of musicians and folk singers, were composed to “perform part of the story”. Most of them are conversational that either highlight the inner turmoil of the actors, or are used as a medium to further the narrative.

Another interesting element to the film was the use of synch sound instead of the conventional form of dubbing. The purpose was very straightforward. The impact Punjabi has is primarily because of its spontaneity, and had the dialogues been dubbed in a studio, the film would have suffered by losing a lot of it nuances. The anecdotes by the film-makers of trying to keep the mohallas quiet while shooting was nothing less than comical.

The absence of subtitles in the movie being aired in cinema houses was a pet peeve among many, even though the movie aired at film festivals did contain English subtitles.

Gaur then went on to elaborate why seasoned actors were set aside for first-time performers as “[the actors] were close to the characters that were written … and had a clarity” about Lahori ‘lingo’ as well as the realism of the subject matter. The actors belong to mohallas where such stories have taken place by the dozen. The film is about an “everyday man” and so they held auditions in different areas within the city so as to retain this very effect and capture a “natural energy”. That’s why the movie is almost entirely in Punjabi.

The movie should be credited for highlighting the issue of ‘danki’, or illegal immigration, especially rampant among the lower and middle classes of Pakistan, which gives it a melancholic and “mourning” aspect.

Despite it being considered a ‘fun’ watch by many, it tackles very pertinent issues plaguing the country and can be seen as a satire. Regardless of how it performs internationally, a new era of cinema certainly seems to have germinated. 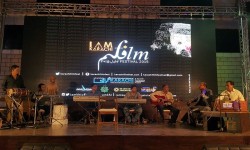 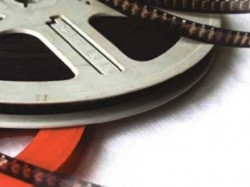 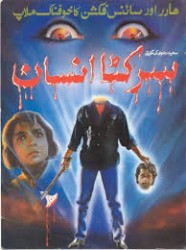