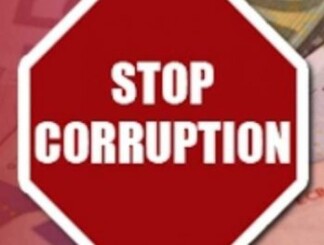 One must laud the courage of the female officer who took a principled stance and resisted illegal appointments in the Ministry of Industries and Production.

According to a report published in The Express Tribune, a grade 20 officer in the explosives department, questioned the appointment of a person embroiled in corruption cases with NAB, to a key position. She paid the price for her integrity when the caretaker minister of industries and production ordered her transfer from the department. Though the Islamabad High Court has ruled that the transfer order be reversed, the caretaker minister, abetted by the establishment secretary has refused to abide by the court’s ruling and has at present barred the officer from the ministry.

This incident highlights not just the corruption and abuse of power endemic in government departments but also illustrates how difficult it is for an honest officer to work with integrity. Caretaker ministers have a limited mandate and their job is simply to keep the country functional in the interim before elections are to be held. However, it is so common for caretaker ministers to make blatantly biased appointments and transfers in their short stint. This has led the Supreme Court into deliberating the suspension of all postings and transfers ordered by caretaker ministers.

The minister in question not only transferred the officer unfairly, but also appears to have gone beyond his jurisdiction in relocating the explosives department from Islamabad to Karachi. The impunity with which ministers take such decisions bespeaks of the low regard for law those wielding power have. The courage and honesty of individuals who resist the culture of corruption and self-service gives hope that the corruption deeply embedded in the system can one day be uprooted. Pressure must be borne on the minister to follow the court’s directives and legal action must be initiated against him for abusing his power.