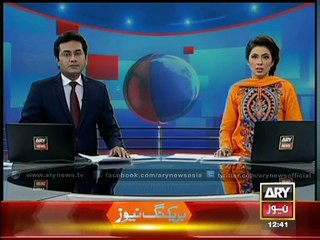 Police on Thursday claimed to have arrested a fake woman journalist in the Garden area.

The arrested woman was identified as Fazila. Police said she had arrived along with her companion to collect extortion money from a citizen, Darwesh, when they arrested her red-handed while his companion managed to escape.

According to police, the woman had also earlier collected extortion form Darwesh and she went to him to extort him again on Thursday when she was apprehended. She and her accomplice reportedly blackmailed citizens and extorted money by posing themselves as electronic media journalists.

Separately, the Rangers arrested a suspect involved in fraudulent activities in Agra Taj Colony. He was identified as Manzoor Ahmed, alias Lakha. The paramilitary force also claimed to have recovered more than three dozen stamps of government and non-government organizations, and more than six dozen arms licenses.